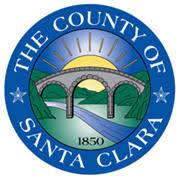 Santa Clara County, sometimes referred to as "Silicon Valley," is unique because of its combination of geographic attractiveness and social diversity. With its numerous natural amenities and one of the highest standards of living in the country, it has long been considered one of the best areas in the United States to live and work.

The County’s population of 1.92 million is the largest in Northern California, one of the State’s most heterogeneous, rich in ethnic and cultural diversity, and enjoys access to all of the attractions of the San Francisco Bay Area. The elected Board of Supervisors establishes policies to address issues that affect the day-to-day operation of County government and is responsible for an annual operating and capital improvement budget of more than $6.5 billion. It adopts ordinances that affect unincorporated communities and oversees the budget. The County operates under a "charter" form of government, which gives the County substantial responsibility and authority. Under this charter, the Board appoints a County Executive to administer County Government. Santa Clara County is the third largest employer in Silicon Valley with approximately 20,000 employees.

Email me jobs from County of Santa Clara